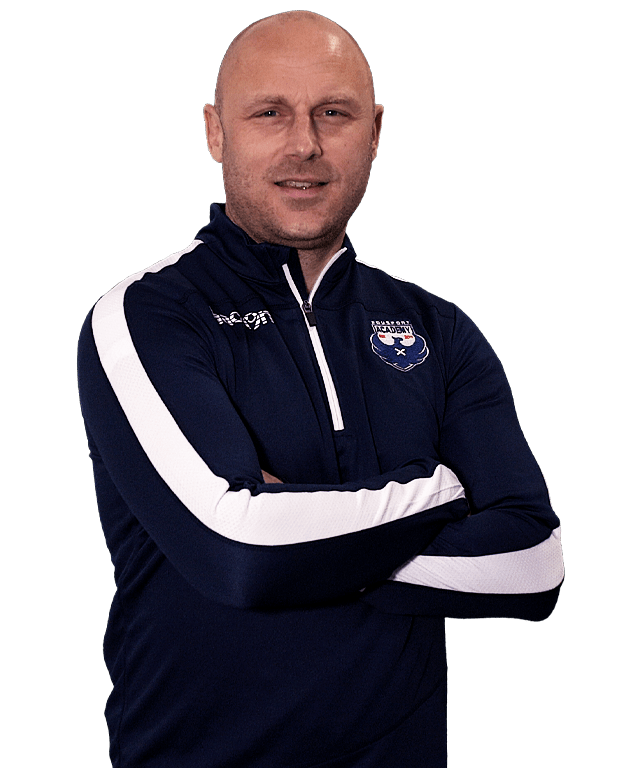 Simon is the Head coach of the U23, our reserve team which plays in the South of Scotland League, the 6th division of the Scottish Leagues. Simon holds a UEFA A license.

He has a great experience as a professional player because he played in England, Scotland, and the USA. Simon moved to England in the late 1990s playing at Wimbledon FC. He then joined Clyde FC, who then played in the Scottish Championship.

Simon has also had great success at Hamilton Academical and St Johnstone FC. In addition to his coaching role at the Edusport Academy, Simon also coaches youth football at the Thistle Weir Youth Academy.