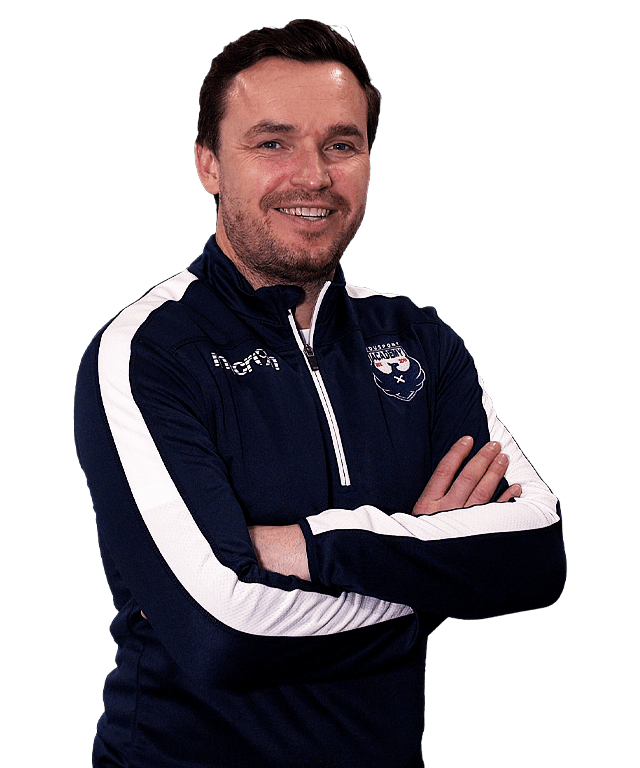 Head Coach of the first team, Ricky has had a professional football career, having played in Scotland, the United States and Singapore.

Once Ricky retired from playing at the early age of 31 years old, he was quickly making an impact on the sidelines. He worked as a development coach at clubs like Queens Park, Motherwell, St Mirren and Rangers. Ricky holds the prestigious UEFA Pro License coaching qualification. Ricky has been part of Edusport Academy since the beginning and has only not been involved in one year of the academy. He started out as a coach before working his way up to now being head coach of the full Academy.

Ricky is also coach of Caledonian Braves FC and is highly respected by his peers and the Scottish FA.